The final race of the 2014/2015 Slushcup was, as tradition dictates, a marathon. 3 hours racing + the lap. Before the race started I had a three point lead in the cup ahead of Palle Jensen: I needed to finish today's race at most two places behind him to win the cup. I had the full suspension Superfly set up and was thinking about using it but I had only done one single ride on it the day before the race and on the morning of the race I noticed that the rear ('Stansed') tyre had deflated slightly. So I rode the race on the hardtail.

Race story:
The start went well and I found myself in a group with Henrik Söberg, Henrik Ahlbäck and two young elite guys pretty quickly. On my way up to this group I passed Palle Jensen so I knew I had him behind me. Söberg set an almost unbelievable pace so I just hung on for dear life.
After about an hour I started to realize that I was not performing 100% on this day and so I decided to let Henrik Söberg go. Henrik Ahlbäck took my wheel so we helped eachother. The pace dropped but I felt that we were going along at a nice rate anyway.
Imagine my surprise when about halfway through the race, we're caught up by Palle and a small group of riders. My spirits dropped through the floor as I realized that I was not having a good day, my legs were already getting tired, and it seemed that Palle was going really well. I started thinking about the implications: If Palle went ahead I could not allow more than one other M40 cyclist to come between him and me if I wanted to win the cup. The pressure was immense.
However Palle did not immediately make a break for it and we the group remained. Palle, Henrik Ahlbäck, one other M40 guy, and me. This continued until we went out for the last lap.
Just as the last lap started in a crowd of cyclist to lap Palle took the chance (just ahead of a log which one had to jump over on foot). I got stuck behind backmarkers and Palle went away with one other M40 guy. Henrik Ahlbäck was behind me for a while but then I went away from him and lost sight of him. I was alone. At this point my body is screaming for me to stop and lie down and just sleep for a while. I try to keep up the pace as I first hoped to catch Palle's group. When I realize that that isn't happening I just go as fast as I can in order to not get caught from behind. With about half the lap remaining I look behind me and notice that Henrik Ahlbäck is approacing from behind. I started to seriously worry as I did not have any energy left. Somehow I manage to keep Ahlbäck behind and crosss the line in fourth place, Palle finishes second. I win the cup!

Oh, and I drank about 2dl in total during this race. That's bad.
Conclusion:
I need to get better at planning my marathon races. Also drink more!! 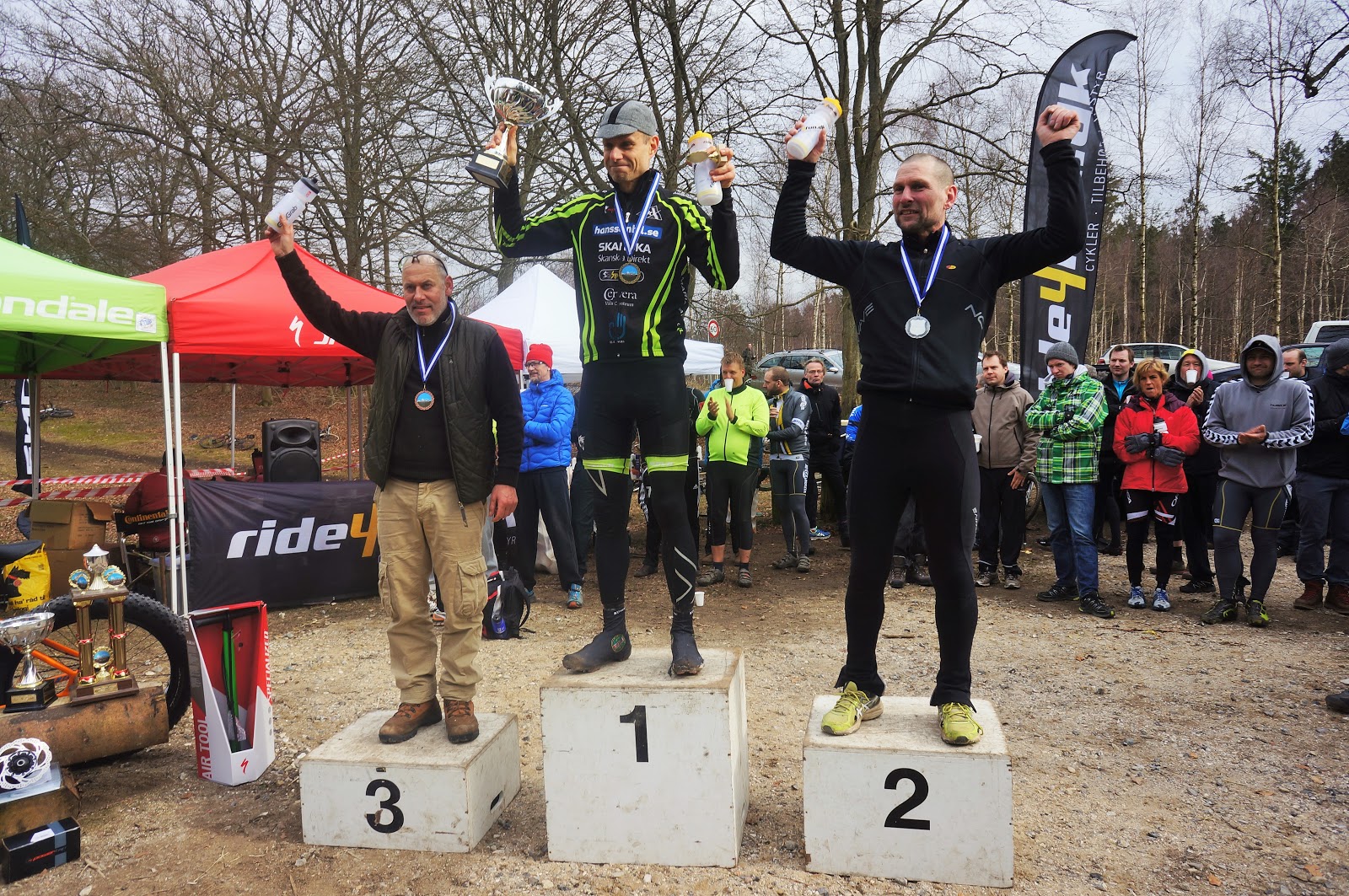 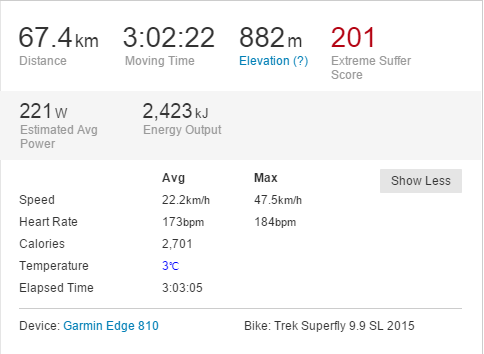 It seems I'm the first person to win the Slushcup who is not a Dane:

Posted by Alexander Lapajne at 20:55