Mountain Biking on Gran Canaria in December and January

This was my first time ever riding on the island. So how was it? It was very nice! Lots of nice single track, downhills and big climbs.

I feel I should write something about this, sort of a disclaimer: I live alone in Sweden. I stayed by myself on Gran Canaria. No group rides. I wore a mask everywhere, except for while riding. I did a PCR test before I was allowed to enter Spanish territory. I feel I took no unnecessary risks and didn't subject anyone else to any risks.
Also, I've been home now for 2 weeks and I'm still alive :)

For the past six years, every winter, for about two weeks, I've been bicycling around the hills are trails of Chiang Mai, Thailand. This year, due to Covid-19, Chiang Mai was not an option. I did some research and came to the conclusion that the Canary islands were a good option: 1. No travel restrictions, all you need to show was a negative Covid test. 2. Nice climate. 3. Good mountain bike terrain. The islands had two good choices: Tenerife or Gran Canaria. I could only find direct flights to Gran Canaria so that became my choice.

The Covid situation was developing and the rules were changing all through the fall of 2020 and that led to a lot of uncertainty. I didn't book my trip to Gran Canaria until late in November. I used AirBnb to get an entire apartment to myself. I didn't want to be in one of the big touristy cities by the shore line, instead somewhere up in the mountains, close to the trails: The village of Valsequillo.

Price: Flight is 1/3 of the price compared to Chiang Mai. AirBnb/hotel about the same,

Weather: On a good day Gran Canaria was almost as warm as Chiang Mai. However there were many more cloudy and rainy days compared to a typical December in Chiang Mai.

Terrain: Same as Chiang Mai. There's both good single track and downhill to be found in both places.

Mountains: Same although the peaks are higher on Gran Canaria.

People: Thai people are so much more friendly.

Arriving with a Broken Seatpost

When I had assembled my bike on the first day I noticed that the seat post wouldn't stay put after I had locked it in place. The tightened the bolt that held it in place but as soon as I sat on the saddle it would just slowly lower itself.
The BMC Fourstroke has BMC's own built-in dropper seatpost making it a bespoke technical solution. I disassembled the whole thing, pulled it out of the frame, and did a lot of thinking, googling and analysis. After many hours I came to the conclusion that the black metal thingy and the white plastic thingy should probably be attached (as seen in the photo). They were both floating around separately on the seatpost.
I fixed it, assembled the whole thing again, and it worked!!

In Chiang Mai I have a benchmark climb that I like to do each year that I come there. It's 8.6km long and you climb 893 meters all in all. The quickest that I've done it is in 55 minutes with a 300W average.

On Gran Canaria I found a similar climb starting just outside of my village. The climb is called  Haciendas 2.0 (llanetes-caldera) and is 12.4km long with an altitude gain of 1084m. 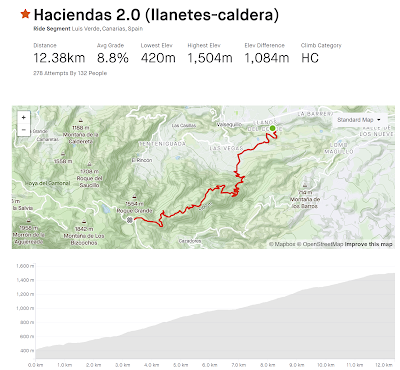 Hopefully I'll be able to return to Gran Canaria in future years to try this climb again.

Apart from the uphill benchmark climb that I mention in the previous section I also found a nice technical downhill just outside of the village called bajada bco. san roque. Unfortunately it took an hour of asphalt riding to get to the top of the mountain in order to do the downhill.
The downhill was a series of switchbacks (180 degree turns) and going steeply downhill. It was very rocky. The first time I rode it it took 15 minutes and at the end I was down to 5 minutes. There were two places that I still had to get off the bike because I found them unrideable. In the end I was fifth out of 45 riders on that particular segment although far away from the KOM of 3.5 minutes.

One of the really cool trails that I found was a ravine leading downhill and towards the sea from Valsequillo to Telde. The singletrack continued even after Telde and all the way to the beach. There were a bunch of segments going both uphill and downhill. I managed a Strava KOM on the uphill and a second place on the downhill. Neither were steep but a lot of fun. If you're in the area I really recomend you ride "The Ravine".
Downhill: Barranco Real desde Tecen hasta puente Mayorazgo ,bajada,🦍🇮🇨
Uphill: Chus G . Barranco real

The Fourstroke in Technical Terrain

I bought my BMC Fourstroke in the fall (separate post coming on that) and this trip to Gran Canaria was my first chance to ride it in really technical terrain. I have to say that it performed excellently. It felt so much more stable than my old Trek Top Fuel due to the slacker geometry (Head tube angle is 67.5 degrees compared to 70.0 for the old Trek). The dropper post also helped immensly in sections like the switchbacks that I mention above. 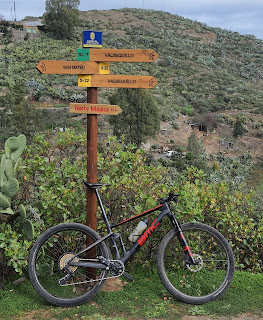 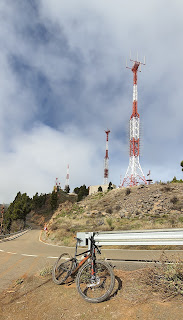 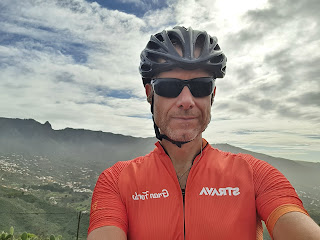 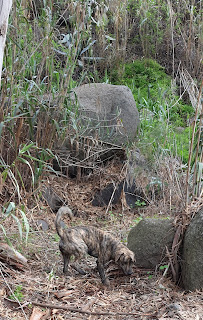 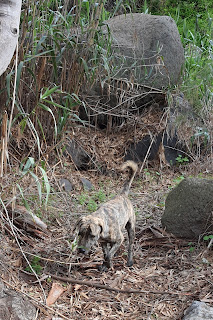 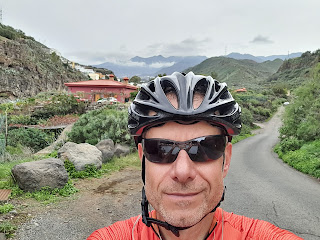 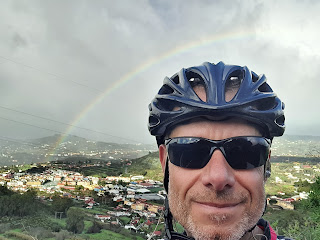 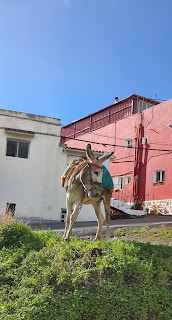 Posted by Alexander Lapajne at 16:24 No comments: