Isstjerneløbet - First Race of the Year

I've been racing on Schwalbe tires for many years now. On different combinations of Rocket Ron (no longer manufactured), Racing Ralph, Racing Ray and Thunder Burt. Last year my main racing tire was Schwalbe Racing Ray. I think I've never had as many punctures during races in any year as last year. So this year I'm giving Continental a chance. Specifically Continental Race King 2.2" BlackChili ProTection. I've purchased 4 of these tires, put them on the scales, and they all weigh in at between 590 and 610 grams. My main purpose it getting better puncture protection. However looking at the tire it looks quite easy-rolling which suits my purposes

Today's race was the first time I used the tires during competition. 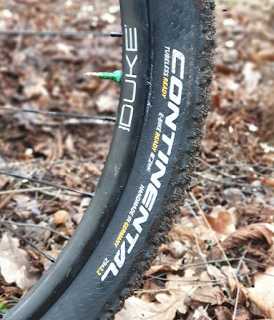 In the "old days" (beginning of the '10s) I partook Isstjerneløbet every winter. Then the Danish Vega Winter Cup decided to put one of their races on the same day and I chose to race that instead. The last time I entered into Isstjerneløbet was back in 2016. Back then, when we still had real winters, the race was often in the snow. This time there was no snow and 6 degrees C.

I have done well in this race before. The trails suit me as they are fast and have plenty of road sections. The race has a surprising amount of climbs as well.

I've been doing a lot of loooong intervals over the winter. Same thing with my training camp in Chiang Mai; Looong climbs. My FTP is doing very nicely, which I can't say for my sprinting. But this is all according to plan so no worries. 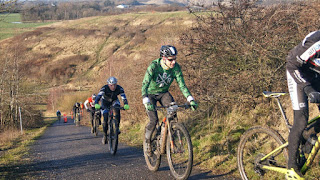 This showed itself very clearly in today's race. I got behind in the start as people sprinted away but made my way up gradually. There was a group of us, 6 riders in all, that pretty much together throughout the race. On a few of the shorter climbs, when one or two of the guys in the group sprinted hard, I got left behind. But I managed to get back in the group again by grinding away on the easy road sections. It's quite a funny and weird feeling actually knowing that even though you have poor peak power you're confident in catching any group as long as there's a long enough straight.

As we came up to the sprint there were still four of us and with my poor sprinting skills I finished last in that group. Still, very happy with the results.

What about the Race King tires? Well, no punctures... so that's good. Grip was..., well, normal I guess. 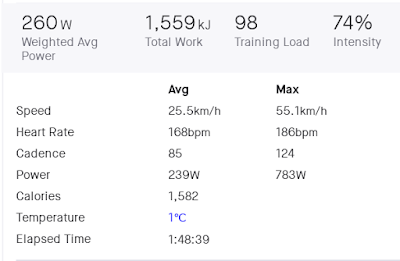 Posted by Alexander Lapajne at 16:26 No comments: 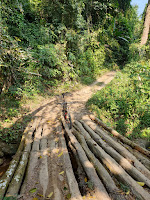 My pal Johnny Hård was kind enough to pick me up at the airport really early. We he headed home to his place in Chiang Mai where I assembled my Trek Top Fuel. 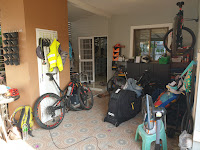 The next day we were racing together, as a team, in the Chiangmai MTB Epic 2019. It's a three stage race with all the stages in one today. Basically the first stage is a road stage, the second stage single track, and the third stage is a hill climb.

We then went out and tested the race course and I made sure my bike was still working after being transported by plane. 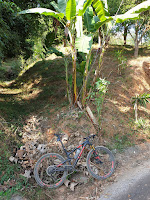 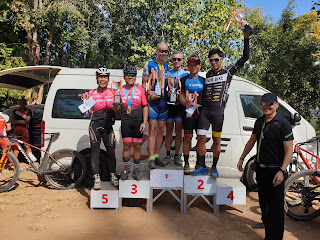 I have a "Benchmark hill" outside of Chiang Mai that I ride each year. It's a 8.6km long climb with 893 meters of vertical ascent. 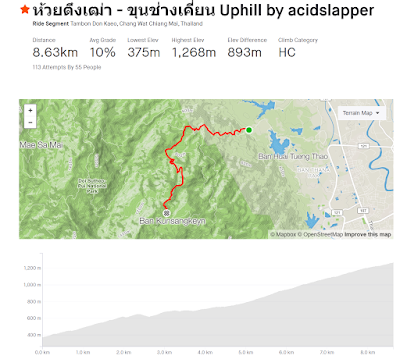 I beat my personal best up Benchmark hill from two years ago and set a really quick time. Last year I was unable to come close to that time. This year however... I set a new personal record!

300W average power for the 55 minutes that the climb took. 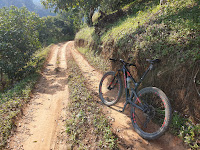 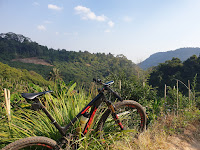 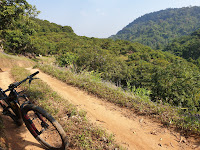 I have a cold!

Yeah, I caught a cold after a few days in Chiang Mai. It passed quicker than any cold that I've ever had though: I day off the bike and two low intensity bike ride days is all it took!

The most beautiful ride of the year - Stairway to Heaven

South west of Chiang Mai there's this loop in the mountains that's called Stairway to Heaven. I had never ridden it before but my friend Tim recommended it. The "loop" up in the mountains is 40km outside of Chiang Mai. I decided to ride there and back on my bike. It's not too bad, really. As always, listening to my audio book.

It was really worth it though. The trails are amazing. Wonderful singletrack, small mountain villages and technical downhill. And, also, escaping baby elephants :) 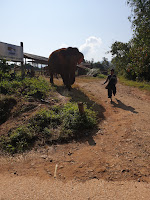 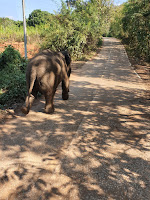 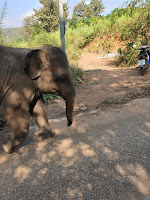 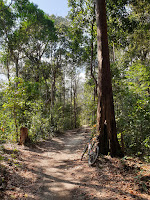 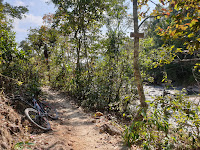 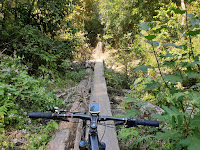 All the Sala Cake I can eat

My favorite place in Chiang Mai, outside of the jungle, is Sala cafe. This is where I go for all my after ride cakes. 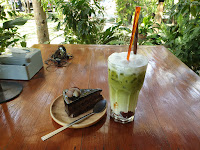 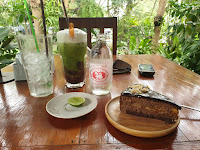 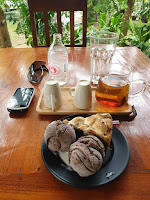 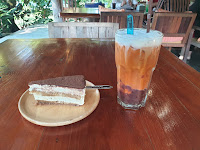 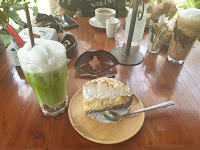 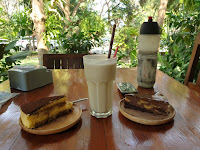 Posted by Alexander Lapajne at 15:32 No comments: