The fourth race in the Hotcup series offered a wonderful quick track with some short but steep climbs and descents. Being a weekday race it was a bit shorter at 80 minutes + the lap. Having done the extremely though Austrian race just a few days before this one I didn't know what to expect from my form. Also, a bit worried about over training before the important race this weekend (Ränneslättsturen).

Race story:
I hung on the the front group of 6-8 riders (with Jerry Olsson in the lead) for the first half of the race. I however kept losing them on the short steep climbs. I don't think I've ever felt so slow climbing. However on the flat I kept pushing it and catching up again. My speed on the flat felt incredible.
After letting go of the front group I had a fight with a Dansish rider for the rest of the race. On the climbs he would leave me behind and then I'd chase how down on the flat. On the last lap he really left me far behind on one of the climbs and I thought that I would never manage to catch up. But I did and when I came up behind him I just flew past him and then never saw him again.
I was so pleased with my speed when I crossed the finish line that I was almost a bit disappointed when I learned that I had not won the race.

Conclusion: I may have some extra body fat left after my vacation that's slowing me down in the climbs 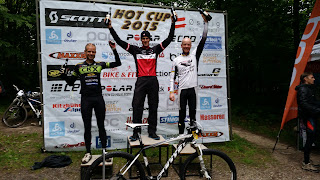 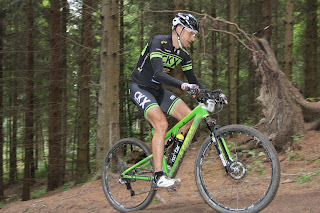 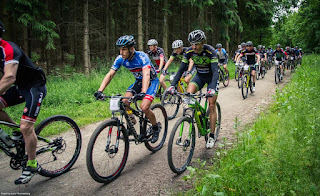 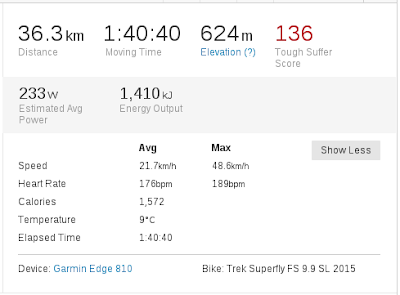