This was the first race of the winter cup - Slushcup. This first round was a time trial race with 3 laps of about 8km. Conditions were dry and good. Track was new and unknown. The race arrangers had announced a difficulty level of 5 out of 10.

The terrain turned out to be much more technical than I had expected. There were a lot of new trails on terrain that had not been used before. So very rough with lots and lots of roots and branches across the track. Some of the roots were rather wet and so a bit dangerous. Sure, there were sections of gravel road where one could press hard. Also quite a few short but steep climbs and equally steep descents.
I found that I handled the terrain better than I expected after discovering the high level of technical difficulty during my practice lap. Everything went quite smooth except for quite a few errors in navigation. On some parts the track wasn't all that well marked out. Mostly it was places where it turned off the dirt road and into single track. I missed these turns in four places in total, luckilly I noticed it at once and was able to turn the bike around and get on the right track. But I ended up losing something like 10 seconds each time it happened. And it was very frustrating.
So I finished sixth which was ok, I guess, especially under the circumstances. Pulse data was perhaps a tad low but ok as well.

Sandra did a great race and finished in third place. You can read about her race here: http://sandrabackman-mtb.blogspot.se/

Club mate Johan Malmsten placed third in M40. Good race for him! I bet he liked the terrain too.

My pal Fredrik, however, had a bad crash in a downhill section with branches across the track. He's injured his shoulder and will be out for a month or so.

Conclusion: Look where you're going!! 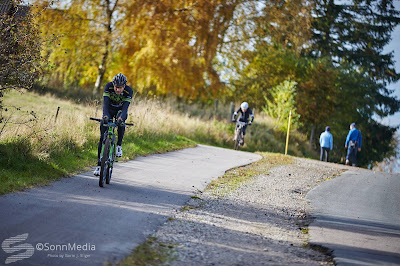 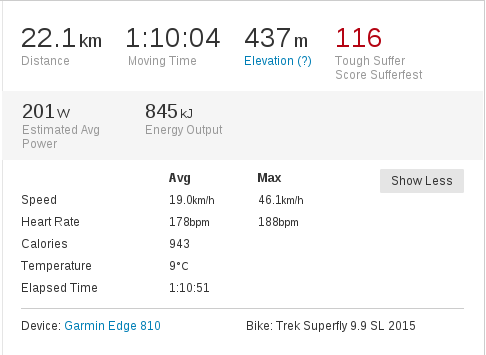 Posted by Alexander Lapajne at 08:41