I got a cold just days before I was to fly to Chiang Mai. I hoped that it would pass but it only got worse. I spent 14 hours on the plane with the worst cold that I've had in recent years. It was pure torture.

As if that wasn't enough instead of landing in Bangkok (as it said on the ticket) we landed in Phuket. But no one told me. Not until I was at the airport in Phuket that is. I heard an airport employee calling my name and they said I needed to hurry to the next plane leaving for Bangkok. I answered: But isn't this Bangkok? "No", she said, "you're in Phuket". I was very confused. I flew to Bangkok and then onward to Chiang Mai. Amazingly both I and my bicycle arrived in Chiang Mai as planned. I never got any explanation about this whole thing. I still have my two original tickets saying: Copenhagen to Bangkog and Bangkok to Chiang Mai.

There was trouble even before this: I always bring my hardtail on these training camps because I want a reliable bike that has as few moving parts as possible: My BMC Teamelite. When I was dismantling the Teamelite to put it in my bike transport bag the saddle clamp bolt broke. I wasn't able to get the seat post off and without that the bike doesn't fit in the bag. This was just hours before my flight. Backup plan: Bring the race bike - Trek Top Fuel 9.9 RSL. The terrain in Chiang Mai is MUCH better suited to a full suspension bike. But there are so many more parts that can break... I ended up NOT regretting this decision.

I spent the first full day in Chiang Mai in bed felling awful. The second day I was able to get out for a short easy ride. On the third day, with snot still running from my nose, I went up the mountain

I have a benchmark climb that I do every winter that I come to Chiang Mai.

It takes about an hour to ride so it's a good test.

Last year was the first time I did it under an hour. My best time was 55 minutes. This year I managed a time of 57 minutes. I wasn't surprised that I didn't beat my time of last year: I was lighter last year and so was the bike.

The weird thing with my training camps in Chiang Mai is that I always go the quickest up this hill towards the end of the two weeks that I spend here. Same for this year: On my 12th straight riding day (out of a total of 13) I posted my quickest time of 57 minutes averaging 281W.

Remember how I wrote in the first paragraph that I didn't regret bringing my full suspension Trek Top Fuel instead of the BMC hardtail? The downhills in Chiang Mai are BRUTAL. They can be done on a hardtail, you just go slower in order not to crash and die. In the previous section I wrote that I was 2 minutes slower uphill this year (heavier Alex and heavier bike). The question is: How much quicker was I downhill on my Top Fuel?

But the time doesn't really tell the whole story. I had so much more fun riding downhill on the Trek Top Fuel compared to any other bike I've ever brought here (they've all been hardtails).

A race is planned for February 2019 in the Mae Jo area north-east of Chiang Mai. The course had already been marked so I had a few very intense laps there. It's an extremely fun and also twisty, quick and technical course. After I had visited it a third time and done my quickest lap I felt that I should stop because if I tried going any quicker I would risk crashing 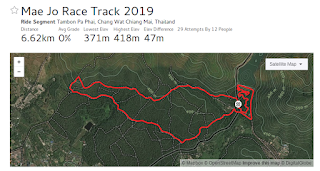 The Mae Jo track is also where I ran into The Spider. The funny thing is that since I started coming to Thailand to mountain bike I've always been worried about running into some nasty insect (funnily enough I've been less worried about snakes). While biking through the forests here you brush across different plants and sometime run into spider webs. I hadn't seen any spider until I ran into one at the race track om my first visit. I noticed it just moments before I ran into it and managed to avoid hitting it full on. Instead it hit my hand and the handle bars of my bike. I stopped and jumped of my bike like it was on fire. Then I took the photo that you can see below. Notice the yellow stuff on the handle bar is the spider's web. 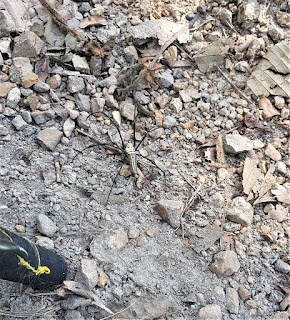 Losing all my Cash, and Getting it Back

On my next to last ride in Chiang Mai I was on the mountain again. I purchased a bag of coffee beans for my girlfriend and stuffed it in one of my jersey pockets. I had to move all my other stuff around but it just fit. Then I went down my favorite downhill trail; Crazy Dust. At the bottom, while I was checking my jersey pockets, I noticed that my foldable jacket hand fallen out of the pocket. This really annoyed me but it wasn't really that big a deal. But then I remebered that I had the bag with all my cash and credit cards in the same jersey pocket... AND IT WAS GONE TOO! I realized that I had to bite the bullet and search for it by going back up the mountain by foot. This would probably take more than an hour. I had not gone more than a few hundred meters before I met two guys on downhill bikes; A Thai guide and a Singapore rider. The Thai guide asked med "Are you Alexander?" as soon as he saw me. Yes, he had found my cash. I was so happy that I wanted to give him a reward but he would accept no money.

The next day, while going downhill on the same track, I also found my jacket! 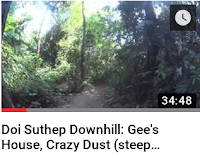 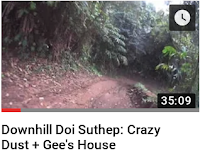 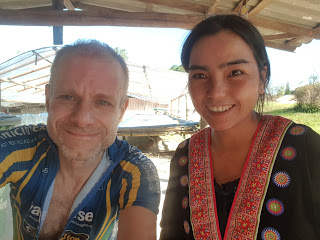 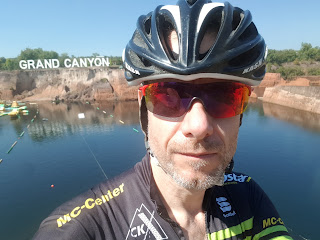 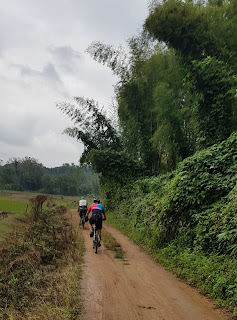 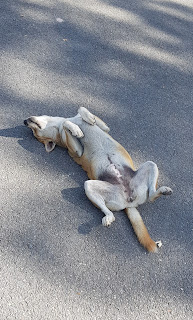 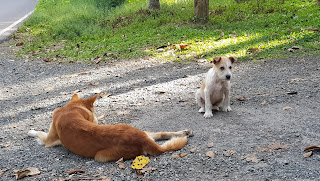 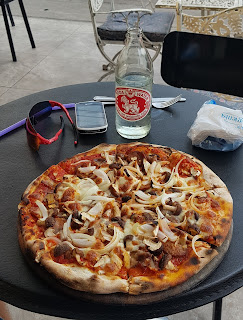 Posted by Alexander Lapajne at 18:22