At the beginning of 2018 I got hold of a used Trek Top Fuel 9.9 RSL (2017) sort of by chance. For the first part of the year I raced it in parallel with my Cube SLT (2017) and I was able to compare the two. During previous seasons I've raced a number of different full suspension top-of-the-line bikes so I've built up a good base for reference. The way that the Top Fuel stood out was that it handled roots, rocks and minor obstacles better than any other full susp that I'd ever ridden. This sort of behavior is important for me as I try to minimize my energy usage. The more that I can sit down and just spin the pedals, the more efficient I am. If I have to get off the saddle then I'm wasting energy.

There are some differences between the 2017 and 2019 model: Rock Shox SID fork (still Fox in the rear) and Bontrager Kovee Pro 30 wheelset are the major changes.

Now naturally I couldn't leave the bike as it was. It's fun to optimize, right?

Note that I've focused on optimizing unsprung and rotating weight.

Putting the wheels on the scales first produced a bit of a surprise:

That's sort of heavy... But I did notice that the rim tape looked sort of massive. I needed to look into that. First I couldn't find a way to get it off but then I noticed that by peeling it gently off from the valve hole I could remove it. The original tubeless valves were not the light kind either. 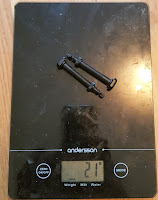 Wow! That's quite the difference! 155 grams lighter! And were below 1500 grams which is respectable for a wheelset with extremely wide rims - 30mm!!!

I will be doing most races on my Duke Lucky Jack wheelset which weighs in at 1280 grams.

Were replaced by light Ashima ones: 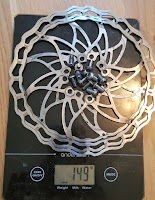 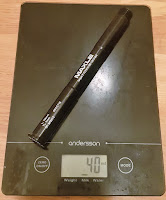 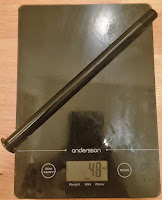 I realize that these are no massive weight savings but I do them for two reasons:

Some stuff that I did NOT optimize (yet?): 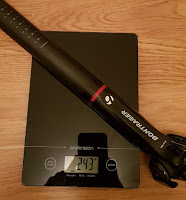 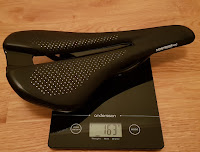 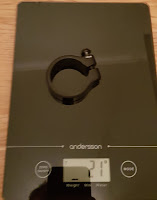 Does anyone want to sponsor me with some light parts? :)

I've opted for Schwalbe Racing Ralph / Racing Ray 2.25 Snakeskin. This is a combo that's good for the kind of stages races that I will do in the mountains this year. They weigh in at just a smidgen over 600 grams. For Swedish marathons I will run lighter tires, specifically Schwalbe Thunder Burt 2.1 Snakeskin in the rear. So that will shed about 100 grams of weight. 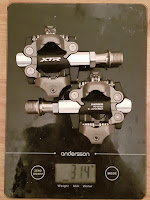 The weight with the standard Kovee Pro wheels and wide Schwalbe tires comes in at 9.83 kg. This is race ready with Shimani XTR pedals (310 grams), bottle cage and Garmin out front mount. 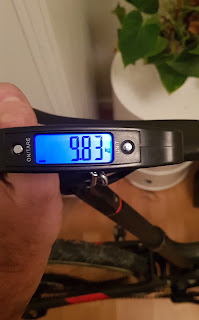 With the Duke race wheels and lighter tires the weight will come to approximately:

Posted by Alexander Lapajne at 22:42