Racing as part of Winter Training 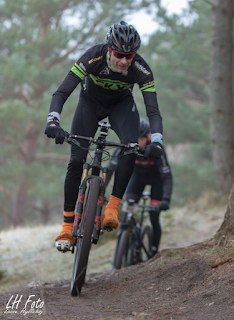 Why Race during Winter Training?


I've always been a big fan of racing in the winter season. Why? For several reasons actually:

Here's a power graph comparison between the last race in Vega Winter Cup that I did yesterday and my last 4x8min session on my stationary bike. Can you guess which is which? :) 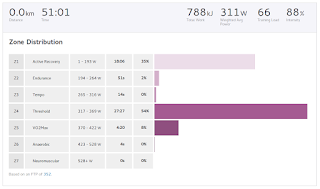 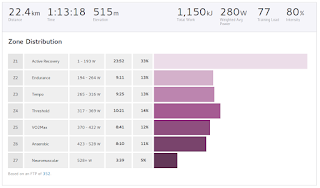 I had decided before the training started for this winter that I wasn't going to peak in December as I did last winter. I had great results in the winter races last year but then it also felt like I stopped developing after that early peak.

I was going really well in Heino Fall Race in November when I punctured and was unable to get back on the road. It was looking like a top-5 finish, probably my best in that race ever.

In the Danish Vega Winter Cup (six races from November to March), where I'd previously finished third (2017) and second (2018), I didn't place quite as strongly as previous years. I had some fifth and fourth place finishes until the second-to-last race where I placed second. In the last race yesterday I came in fourth. My total score for the cup had me in fourth place in M40 and seventh overall.

I've also done some races in a local cup in the south of Sweden: HCK Wintercup. All races are on the same tricky twisty and slow track which I love but that kind of terrain has always been a weak spot for me. That's why I really like to race there because I know it's good for me. I had some good performances there this winter and placed second overall in the last race.

Power Data from the Winter Races

It's really interesting looking at the power data from the races. Obviously the data will vary both with form but also with the kind of track. Still, there's a pattern:

The trend is looking good with the watts on the way up!

The big one is Andalucia Bike Race in exactly four weeks - 6 mountain stages - BRUTAL! This is where all the focus is right now. I'm doing hard and long interval sessions and trying to lose the last few kilos of weight right now. However before then I have two races:

Posted by Alexander Lapajne at 07:29