This year, for the third straight year, I spent Christmas and New Year's in Chiang Mai, mountain biking.

Why mountain bike in Chiang Mai?

1. It's in the north of Thailand so the climate is nice
2. There's a big mountain just west of the city, Dui Suthep, with its national park
3. Several lovely mountain bike tracks outside of town

The mountain that's west of Chiang Mai is called Doi Suthep. It's 1676 meters tall. There are plenty of gravel roads to take up the mountain, most of them really steep. And then, going back down the mountain, there are many downhill tracks of varying degree of difficulty. Lots of fun!

Huang Tung Tao is a lake just north-west of Chiang Mai. You get there by going past the 700-year stadium. Almost at once, after passing the stadium, you get to some great single track. The tracks go through the jungle all around the lake. Lovely quick single track, mostly quite flat, but with some short uphills and downhills.The tracks are marked with plastic bands and signs. You can also visit the lovely Sala Caffé if you go on this ride. On the map it's the furthest north on this ride. 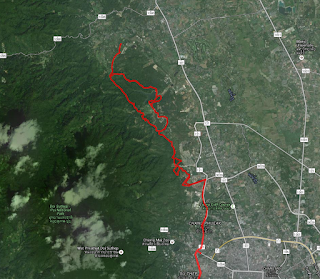 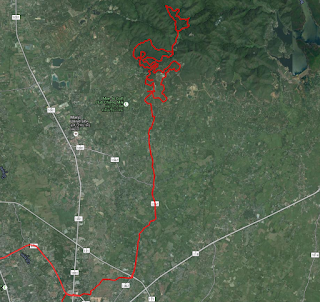 If you go almost straight south from Chiang Mai you can test the jungle tracks in the Hang Dong area. Also, there's a race track there that's marked out. 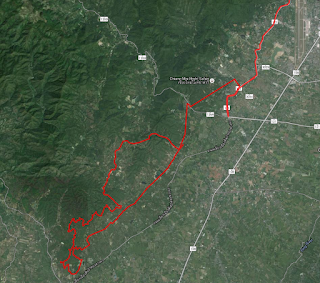 Posted by Alexander Lapajne at 01:52