My first big goal of 2018 is coming on the 25th of February: Andalucia Bike Race

I took part in the race last year but it went terribly; My achille's tendon was giving me terrible pain and prevented me from training in the weeks leading up to the race, I had a series of punctures in the race and also I kept having chain drops, and to top it off in the second to last stage I had to abort the race with a broken rear deraileur.

This year's preparations have been going better. Weight is looking good at around 72 kg. I've been hitting the Monark HARD (my indoor training bike). I'm producing around 15% better Watts than I was at this time last year. 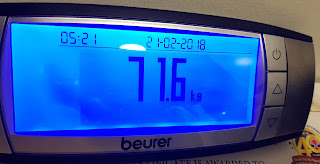 I haven't quite decided on which bike to use yet: My first choice is the Cube AMS 100 C:68 that I used all of 2017. It's light and quick. But I have another choice. I purchased this bike just a few weeks back and I haven't had a chance to write about it yet. A separate post about it is coming up: Trek Top Fuel 9.9 RSL
The Trek is slightly heavier but I think it may be the best handling bike that I have ever owned.

Currently I'm trying to figure out my tire choice: Last year I went with Rocket Ron 2.1 Snakeskin front and rear. These are wonderfully light tires but I know that I wished for a little more grip in front. So I may go for 2.25 wide this year. Perhaps a Racing Ralph 2.1 in the rear instead of Rocket Ron because they roll better. 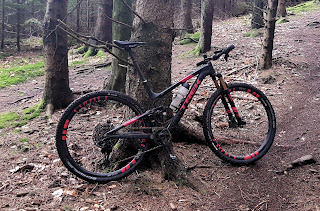 Posted by Alexander Lapajne at 01:14